Rail Recon was the final project in my 1st Year of University. Recognition: NHTV - Overall Best Game Y1 Rail Recon is a Top-Down Shooter in which you control a robot driving on a rail system. Based on "Elevator Action". We continued the project in our free time and released it on Steam on the 23rd of January 2018. The game is currrently owned by more than 3000 Players.

During the project, I contributed to the Level Design and technical aspects while being responsible for the overall project as the Vision Holder in a growing team.

My tasks on this project included: 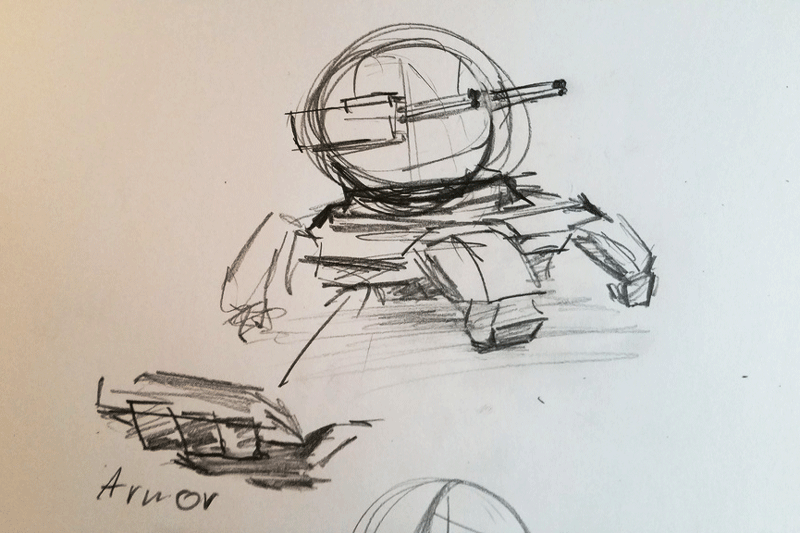 In the first two weeks I was the team in all possbile areas. Using this opportunity I was able to make sketches for the character.

Designed the Onboarding (Level 1-4) and Level 6 & 7. I designed the Levels by a Moment to Moment approach. However, due to the open level design I had learn creating Moments that are always interesting now matter from which direction you would aproach them.

To keep the Pathfinding Core Dynamic we had to find a way to limit the player’s movement while also giving enough interesting choices. As a result, we created the rail-based movement and built the whole game around it. The player must respond quickly and keep an eye out for a path while being under fire. We initially planned to introduce a rock-paper-scissor combat system to counter enemies, but due to higher pace of the game we instead focused on the shield and tying that into movement and shooting. 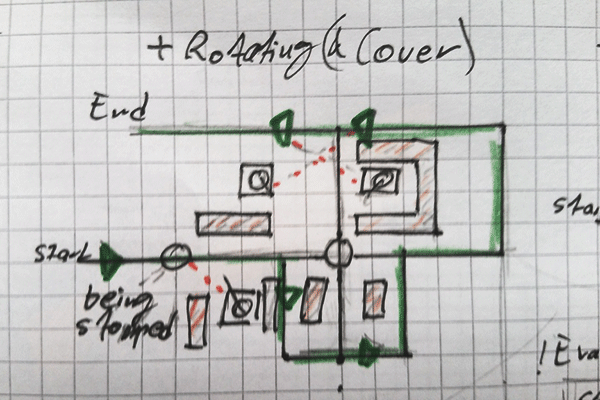 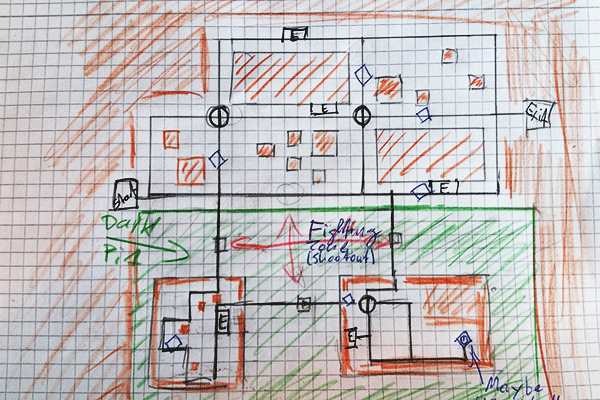 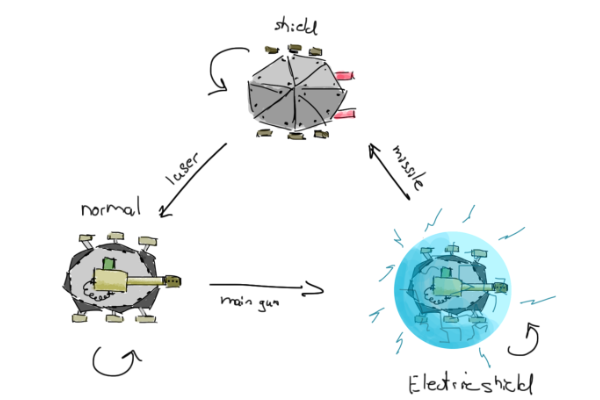 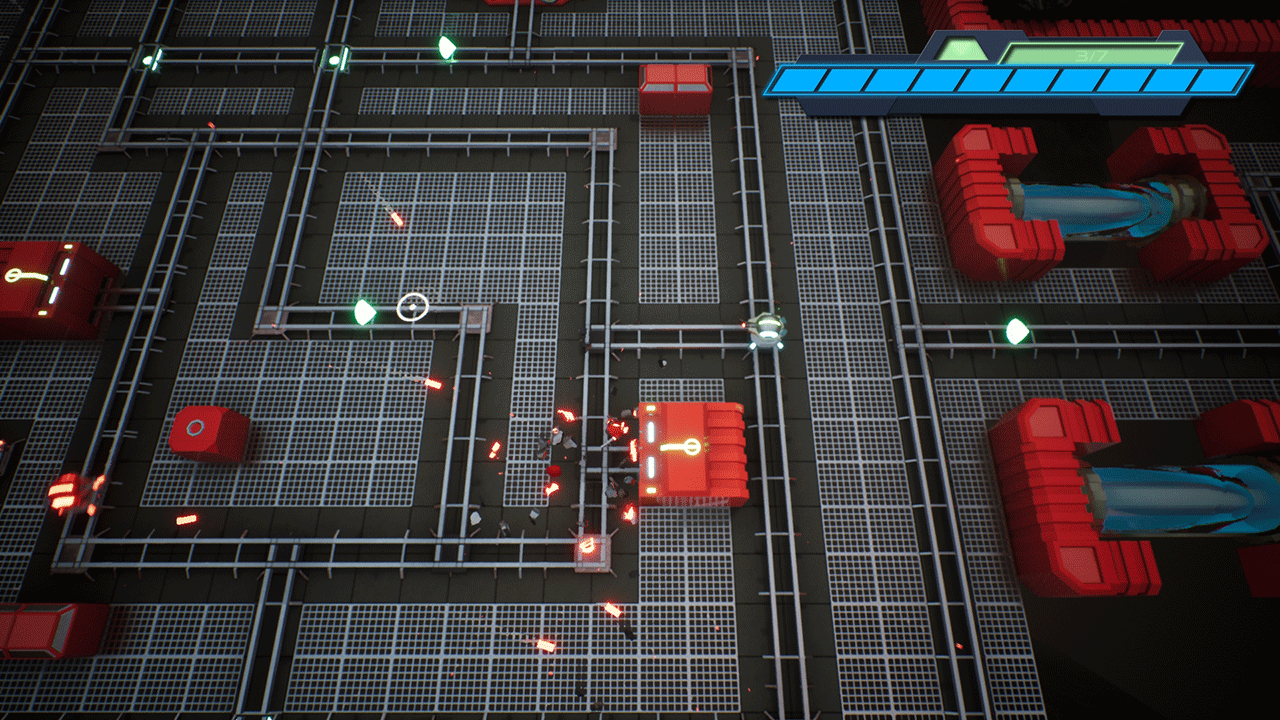 The biggest challenge during this project were the deadlines. On each of the two deadlines, 50% of the Y1 projects got cut and reassigned to other teams.

The first challenge was the lack of programming power when our only programmer got ill before the Greenlight Pitch. However, we got together as a team and decided to make a video of a paper prototype instead of a UE4 prototype as an emergency solution. We were able to use the time left to create an effective pitch and art mockups which got the project greenlit.

After getting greenlit we faced another challenge, we only had two weeks to create a playable prototype starting with very little. Thanks to the additional 3 members we got a clear vision we created a playable prototype with a solid core loop that got approved and complimented by the teachers. 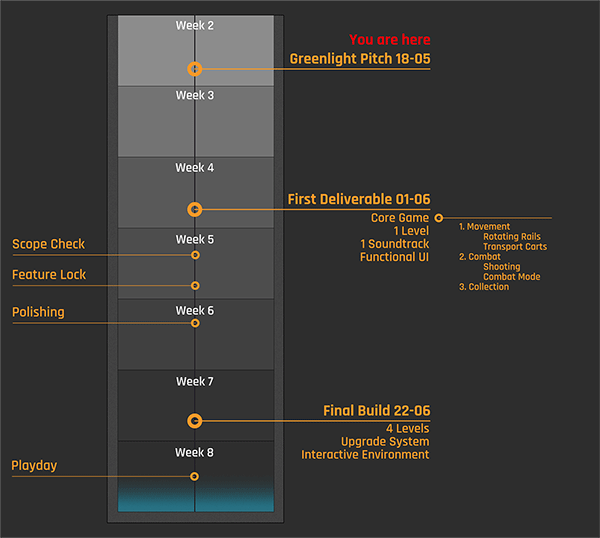 Planning Overview from inital pitch including the internal and external Deadlines.

What to keep doing?

What to do better?